Yesssss, Red-necked Grebe, a long awaited patch tick for me, viewed from the causeway on the adjacent fishing pool. Nice work too by Paul Bennett, Dave Bate, and John Smith, three Belvide birders who found it mid morning and got the news out!! You will have to agree the finder guys and submit a rarity form to Ian Grant :-)

I got down there just after midday and in between showers after a 30 min 'no show' it reappeared again in the NE corner! The light was pretty dire and rain didn't help but I'll more than settle for these! 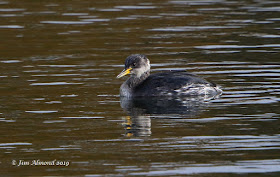 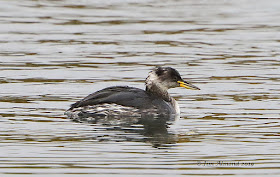 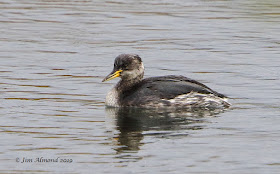 It was busy catching fish too! 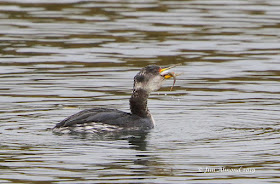 This one proving to be quite a struggle to swallow! 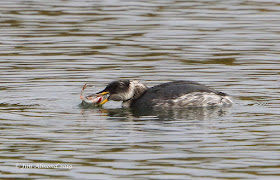 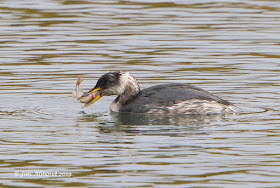 But eventually 'down the hatch! 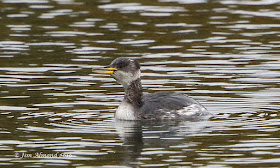 There have only been two other records in modern times at Venus Pool, in 1989 and 1991. A showy long staying bird was at Priorslee Flash in 1998 and the last record in the county was in 2012 (my first local one seen with Yvonne at The Mere)  More importantly, bird No.181 for my VP list! Come on Winter, do your best deliver a Slav next?! I think everyone needs that?